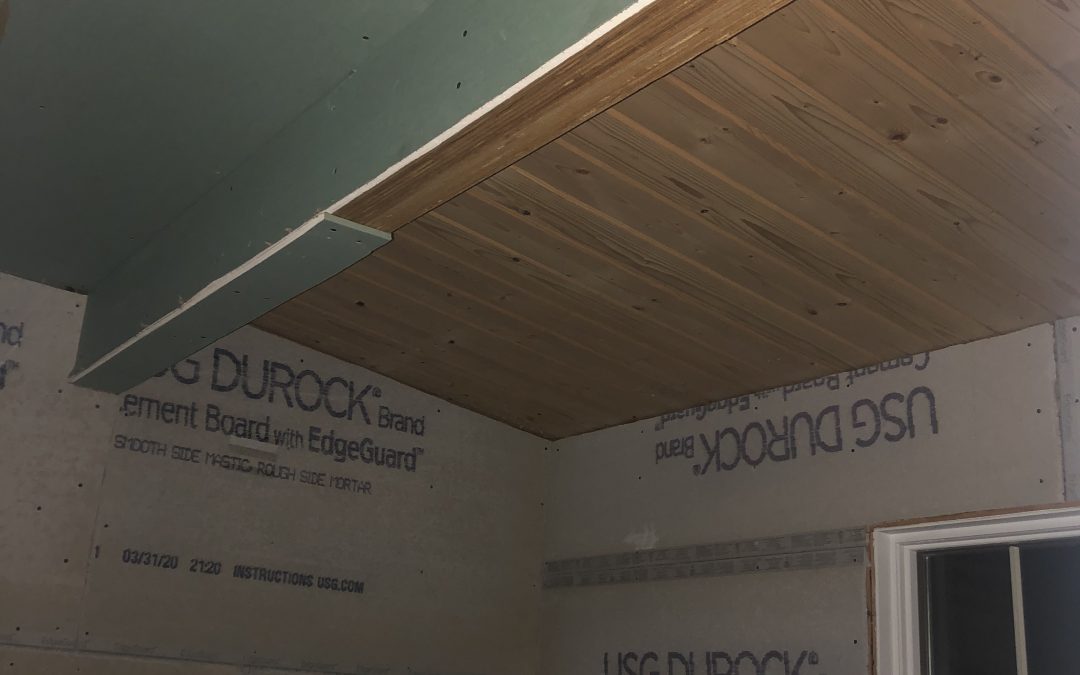 The past two weeks have had a lot of not so pleasant surprises for our bathroom. Shall we go through them? Let’s. They are lessons learned.

As we started to pull up the subfloor so that the plumber could rearrange the plumbing for the new layout, we found out that the previous owner was quite the DIYer. All the beams holding up the floor were pieced together with scraps of wood, some parts with pieces of a cardboard box!

So we actually had to pull out all the beams and restructure the floor. That was fun and super expensive. Added about $1200 dollars to the project. Not a great thing, but thank god for leaving wiggle room for surprises! Always do that! Restructuring the support beams also created cracks in the ceiling below but we do have a great contractor (SAMY Construction) who patched it and fixed it right away.

Then the plumber came and started restructuring the pipes. In doing so, he managed to smash down our HVAC pipe. In came the HVAC guy, thanks to Samy. He moved the vent over to a spot that made more sense, and replaced the pipe with a newer better version.

Next up we had electrical, which was when we had to make a decision about sheetrocking the ceiling or not (remember that cool surprise we unveiled?) The bathroom has a beam going through it, so we decided to sheetrock the half of the bathroom above the vanity so we can put in lights. We are going to keep the half above the bathtub – which is sloped- exposed paneling. Now the question is do we stain it white or the wood color of the vanity? Decisions, Decisions……

Once all was in the sheetrock started going up. Of course this was not uneventful. In cutting it they somehow managed to cut a pipe and we had a stunning waterfall through the light fixture in our bathroom downstairs. Fun times, but all’s well that ends well. Was a pretty crazy 30 minutes though.

Once we had the sheetrock up, they waterproofed it and then set down the mud slab for under the tile. That was cool, they mixed the mud right outside my kitchen window on the deck and it entertained the kids for over an hour. That is years in corona time. So we were grateful for that.

Once that was dry they came and installed the shower tiles and the floor tiles. Of course, we were missing a box from the tile store and are 3 tiles short. So we are waiting on that delivery with bated breath.

And that is what we are up to folks! Next week we will finish tiling, install the fixtures, style it and Voila! Ha, wishful thinking, but that is the plan for now.

Thanks for joining along and thank you to the ORC and Bed Bath and Beyond for the motivation!